MEERUT: The government’s decision to allow old currency notes for buying and selling of seeds ensured that sowing of Rabi crops in western UP did not fall below 10% compared to last year, but demonetisation has hit sale of fertilizers hard. According to officials, the sale of fertilisers in the region has dropped nearly six times compared to last year since old notes cannot be used to buy them. Many farmers sowed their crops on time but without the use of fertilisers. This drop, officials said, will severely impact the yield from Rabi crops.
Wheat is the predominant Rabi crop in the region as well as the rest of north India, and fertilisers play a critical role during the period immediately before sowing and up to a few weeks after sowing, when wheat seeds germinate the fastest and require the most amount of nutrients. According to norms by the Food and Agriculture Organisation (FAO), in Indian conditions, an area of approximately 1.4 hectares, expected to produce 4.6 tonnes of wheat, needs nitrogen-supplementing fertilisers equivalent to 128 tonnes at the very least, in addition to other macro and micro nutrients.
“Everybody has been looking at the wrong figures so far. Sowing of seeds itself has not been compromised that much, because the government has allowed the use of old notes for farmers to buy seeds in the market. However, the impact of demonetisation on the sale of fertilisers has been severe. In Bulandshahr district alone, the sale of fertilizers has dipped to about six times. I asked for data from other districts in western UP and the situation is almost exactly the same everywhere,” a senior district official in Bulandshahr told TOI.
The official added, “The most commonly used fertiliser by wheat farmers is di-ammonium phosphate (DAP), which has to be used at the time of sowing. DAP is mixed with the soil before the seeds are planted in the ground. Many farmers were desperate to start the sowing process so they decided to go ahead without using fertiliser. This will also impact the yield from the crop this year.”
Another official said, “While fertiliser purchase is allowed on credit, farmers have to pay it using kisan credit cards, which have a limit of Rs 80,000, which most farmers have already exceeded. Also, they have to repay credit in cash, which they are doing in demonetised notes, which is not permitted now.”
The impact of demonetisation on sowing, while not “significant”, has also been felt. Jasvir Singh, Meerut district agriculture officer, said, “There has only been about a 10% drop in sowing compared to last year. There were some problems in the first week of demonetisation but after the government announced that farmers could use old notes to buy seeds, things picked up again.”
Vinod Jatoli, a wheat farmer in Meerut, said, “By this time of year, I usually buy around 10 kg of DAP. This year, however, I have only been able to buy 2 kg. I was lucky that I had some cash at hand. Some of my friends had to use leftover fertiliser from last year but it was not enough. Others have not been so lucky.”

Meerut: The Uttar Pradesh State Road Transport Corporation (UPSRTC) employees called off their strike, which was to begin on December 6, after state authorities agreed to their set of demands, including a fixed minimum wage of Rs 17,000 for contract employees.
Speaking to TOI, Lakhan Singh, Meerut regional secretary, UP Roadways Karamchari Sanyukt Parishad, said, “After the strike we conducted in September this year, we were assured that our demands will be fulfilled but no steps were taken. So, this time we practiced caution. Early morning on Tuesday, most of our demands were met including fixing a minimum wage of Rs 17,000 for contract employees.” The association had taken out a rally to announce the strike on December 2.
Their demands included giving equivalent minimum wage to contract employees as is given to employees on roll, payment of pending dearness allowance to contract workers, solving income disparity issues in the department and many others. The strike was to start from December 6 midnight and go on till December 7 midnight but much before the strike could start, state authorities agreed on most of the demands on Tuesday morning.
“As many as 2,500 employees – including drivers, conductors, clerks and mechanics were to support the strike under our banner starting December 6 but now it has been called off because our demands have been met. The state authorities have paid the pending dearness allowance to contract employees and to those who are on pay-roll. Also, workshop employees who were the only ones without uniforms will be given the same by December 15 – making them equivalent to drivers and conductors,” said Pramod Kumar, president of the employees’ union.
Stay updated on the go with Times of India News App. Click here to download it for your device.

MEERUT: Meerut police organised a day-long self-defence training camp for women in the police lines premises, on Sunday. The training which was conducted by experienced trainers from the Kailash Prakash Stadium, primarily focused on teaching women and children means to protect themselves from criminals or attackers in times of danger.
Women from the police lines area were persuaded to take part in the training programme. Even students from various schools across the city had come to participate. The women and the schoolchildren received intense training in various techniques which focused on incapacitating the attacker.
“Crime against women is a growing concern for the Meerut police. Incidents such as rape and eve-teasing have increased. While the UP police is adept at providing protection to the women, we also thought that it is important for women to be trained in self-defence, so that they are able to protect themselves,” said Paan Singh, public relations officer (PRO), Meerut police.
“The training went on for around three hours, and it was free of charge. Around 70 women in all participated in the exercise. We will organise more such training programmes in the future,” Singh said.

In my endeavor to build a stronger and smart Meerut– I am trying to find enterprising individuals… …Nageen Group is inviting applications from smart, dedicated young software engineers… please refer someone who is interested in job profile as posted below– they may post resume to jitendra@nageen.com or call 9008577211 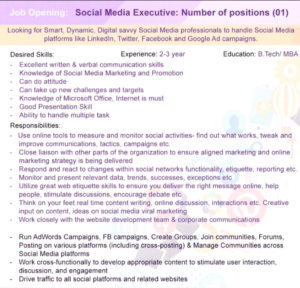 Nageen Group of Schools is looking for smart, confident and enterprising young individuals for its Marketing Division. Interested Candidates may apply to jitendra@nageen.com with their updated profiles or may contact 9008577211 for urgent requirement. Salary is as per industry standards and no bar for individuals with good communication and proven track record.